CartoonSmart’s new look, new streaming portal, new everything basically, has prompted me to officially fold this ol’ WordPress blog into our new site. Ahh, can you feel the synergy? So from here on I’ll be posting to CartoonSmart.com/blog

Our first article explains a little bit about the move, but more important to some of you is probably the announcement of our new Apple Watch tutorials and Subscription option.

Its been a fun ride here at WordPress.com, but everything changes eventually right?! See you at the main site.

Xcode, Flash, and an Apple Watch? Whats up with that?

Just a quick heads up, GameArtPartners.com has a new hand-painted platform set, this one with a gorgeous snow theme. Here’s a few bullet points on what this one includes…

And if you dig this one, be sure to check out the other platform art by this artist.

Alright, I’m pulling the “It’s Official” lever on Build 1.12 of the Fantastic Worlds iOS Starter Kit, and I think all of you loyal buyers will agree the common theme here is classic games!

You can score anything too. Typical score keys (e.g. variables) might be something like AllEnemiesHit or a specific thing like EnemyMissilesHit. Or you can score items as they are collected, which again, lets you bypass the inventory system. So your score key might be DiamondsCollected.  Whenever you set an object to add an amount to a particular score key, the kit will also check to see if the current amount of the score is higher than the highest score ever for that key. So optionally, you can display a text label for both the current score and high score.

Each level can also clear the current score or clear the high score.

Does all that sound interesting? Check out the official iBook documentation for the kit here, and check the What’s New section or Version Notes section for details on each new property.

So I’m pretty darn excited about our latest package over at GameArtPartners. To say the least.  The first of three War Machine game art packs not only includes vector art in both Flash and Illustrator formats, but also has animated PNG sequences in 1x and 2x formats. So for you game developers, you’ll have no problem making use of these sprites right away. The animations have even been saved in .atlas folders, which you Xcode users of course know makes it one step easier to make these usable in your iOS apps.

And since I had a little hand in animating and exporting these (and setting them up in Flash), I went ahead and created property list files that are easily importable into CartoonSmart’s iOS Starter Kit. Which brings me to this, a little demo video of the art in action….

Hot off the press we’ve got a new set of platform game art, The Egyptian Template Platformer Tileset. This one comes from one of our rising stars at Game Ar tPartners, Franco, dab Simirk Graphics (that links to all his art so far). As many of you know, I’m a vector-art guy, perhaps even an aficionado of all things vector, but I love his hand-painted style. These are really beautiful pieces and if any of you game developers are listening, a nice crispy game character will look great playing through these. Cartoons look terrific with hand-painted backgrounds. And this set is royalty-free (but not free =) !

Thats the news for now!

*These files can be used with the Fantastic Worlds iOS Starter Kit to play this level within minutes of downloading. Buyers of the kit can simply drag and drop in most elements and copy properties from the plist to play the level almost instantly.

You read that title right. Felipe Marsetti and Tammy Coron interviewed me Wednesday for the semi-inaugural episode of their new RoundAbout podcast! You get to listen to me talk about a whole range of topics, and this is one of those rare times where I can’t even hit the stop record button.  Here’s the important links…

The art is fully editable in Photoshop, and easy to modify / re-export if you so design. The artwork is also royalty-free and already exported at various sizes in separate PNG, JPG, and PSD files. Find out more here.

Golly I must be in a good mood today. I just feel like giving away some quality free game art. So here goes. This latest freebie at GameArtPartners.com is a 2d military game art character, affectionately titled Jughead and  slightly inspired by one of my favorite movies, Starship Troopers.

This dude is fully animated and already exported with 1x and 2x sized images. The full list of animations is…

Plus this hombre is drag n’ drop ready for the Fantastic Worlds iOS Starter Kit. The property list, Xcode texture atlas folders, and everything else is included. You just have to import it and start the level with Jughead!

You’ll also receive the Adobe Flash files to re-export out each animation if need be.

Like Loading...
Build 1.11 of the Fantastic Worlds iOS Starter Kit is officially here! All buyers/subscribers should already have an update.  I mentioned some of the new features in one of my recent posts: multiple weapons for Objects / enemies, so I won’t dwell on that here (and here’s a video anyway).
I’ve got a special treat this Build for Subscribers and Lifetime buyers of the kit. You’ll now get 3 Xcode Projects with your purchase. Kind of a Small / Medium / Large in terms of what’s been imported to the kit.
And by the way, although I haven’t been able to test the kit on an actual iPhone 6 or 6 Plus (since nobody has one yet), everything is running as smooth as ever in the latest Xcode, which includes the Xcode 6 GM. 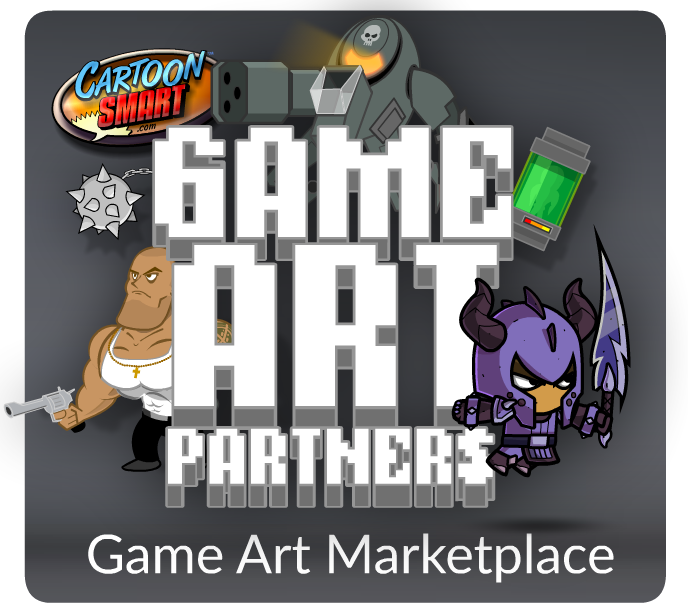